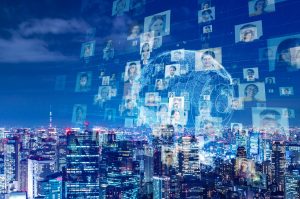 In response to the COVID-19 pandemic, the International Corporation for Assigned Names and Numbers (ICANN) held its first virtual meeting, March 7-12. The week-long meeting was originally scheduled to take place in Cancun, Mexico and gather thousands of participants. According to USCIB Vice President for ICT Policy Barbara Wanner, who participated virtually, “Although the virtual format did not enable the face-to-face engagement that constitutes the ‘ICANN DNA,’ in ICANN President Goran Marby’s words, ICANN 67 nevertheless enabled the stakeholder community to engage in discussions on a prioritized set of domain names system (DNS) issues and move forward current work-streams.”

In particular, ICANN’s Business Constituency (BC), of which Wanner serves as representative to the Commercial Stakeholder Group (CSG) and which also includes several USCIB members, reiterated acute concerns expressed at ICANN 66 about inaction by ICANN Org and the contracted parties in mitigating domain name system (DNS) abuse that escalates by the day. ICANN insisted that it expects registry operators to enforce their agreements with registrars prohibiting DNS abuse, but current contractual language does not enable it to “enforce this expectation.”

By the meeting’s end, ICANN Compliance had agreed to facilitate dialogue between the BC and registries/registrars about possible contractual amendments or other mechanisms that would better enable the contracted parties and ICANN to go after the chronic bad actors, estimated to be between fifteen and twenty.

Also related to DNS Abuse, members of the Commercial Stakeholders Group (CSG) pressed ICANN to resume implementation of the policy outcomes of the Working Group for Privacy and Proxy Services Accreditation Issues (PPSAI). ICANN suspended this work on grounds that it needed to determine how the Expedited Policy Development Process (EPDP) relating to publication of DNS registration data  would affect the PPSAI’s previous work. In the meantime, as several CSG members noted, bad actors have been abusing proxy services offered by registrars, which originally were designed to protect the privacy of legitimate domain name users.

Finally, the ICANN community had many questions for members of the ICANN Board about their role in vetting the Public Interest Registry’s (PIR) sale to private equity firm Ethos Capital. The $1.135 billion deal would put a for-profit company in charge of a domain (.org) that generally has been assigned to non-profit entities.