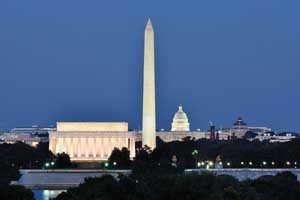 During the months of April and May 2016, USCIB staff met with U.S. Secretary of Labor Thomas Perez, wrote an op-ed in support of TPP with the Japanese Keidanren, joined an industry letter to Treasury on the proposed section 385, represented U.S. businesses at OECD/BIAC Trade, Investment, and Anti-Bribery meetings in Paris, submitted priority issues for the JCCT, received the President’s “E” Award for Exporting Excellence, engaged with Alan Davidson on the Commerce Department’s Digital Economy Agenda, and much more.

USCIB CEO Robinson Partners with Japan Keidanren in Seattle Times Op-Ed Supporting TPP
USCIB President and CEO, Peter Robinson, joined Kunio Ishihara, Vice-Chairman of the Japanese business federation Keidanren, to publish an op-ed that appeared in the Seattle Times. The op-ed highlights the economic and geopolitical benefits of the TPP for the United States, Japan and the Asia-Pacific region. Ishihara led a Japanese business delegation to Seattle and other U.S. cities earlier that week of May.

USCIB Receives President’s “E” Award for Exporting Excellence
On May 16, 2016, USCIB was recognized as one of 123 organizations to receive the President’s “E” Award for exporting excellence. Secretary of Commerce Penny Pritzker honored USCIB during the ceremony for our work as an advocate of open markets and promoter of U.S. exports. In addition to USCIB’s policy work promoting growth, jobs and open markets, USCIB is the National Guaranteeing Association for the ATA Carnet, a customs document under which merchandise can be temporarily imported duty-free into the United States and many other countries.

Secretary of Labor Thomas Perez Addresses Joint Labor and Corporate Responsibility Meeting
USCIB members and government officials gathered in Washington, D.C. on May 3 and 4, 2016, to review several important upcoming events and initiatives regarding labor policy, business and human rights, and corporate social responsibility. The meetings were headlined by a briefing from U.S. Secretary of Labor Thomas Perez, and also featured as speakers from the Bureau of International Labor Affairs, USTR for Labor Affairs, and USAID.

USCIB Raises Priority Issues for Business in 2016 U.S.-China JCCT Submission and Hearing with Commerce and USTR
In April, USCIB submitted the USCIB Priority Issues for the 2016 U.S.-China Joint Commission on Commerce and Trade (JCCT), which is the primary forum for addressing bilateral trade and investment issues and promoting commercial opportunities between the United States and China. Eva Hampl then participated in a meeting on the JCCT with other organizations, hosted by Under Secretary of Commerce for International Trade Stefan Selig and Deputy USTR Robert Holleyman.

This entry was posted in Washington Update. Bookmark the permalink.
Modified on October 19, 2016
Posted on June 2, 2016