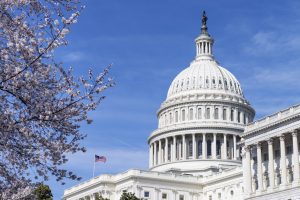 During the months of February and March 2018, USCIB Staff met with Special Assistant to the President Clete Willems and Senate Finance Chief International Trade Counsel Shane Warren on our trade priorities, advocated for business interests in NAFTA on Capitol Hill and at negotiating rounds in Canada and Mexico, submitted comments to the United Kingdom on proposals regarding corporate taxation and the digital economy, briefed the new Economic and Business Bureau Assistant Secretary at State, Manisha Singh, on business issues at the OECD, highlighted member issues at ITU in a discussion with Assistant Secretary of Commerce and NTIA Administrator David Redl, and much more. Below are summaries of these and other highlights from the activities of USCIB in Washington, D.C. over the last two months. If you have any questions or comments, or want more information on a specific topic, please contact any of the staff members listed at the end of this brief.

This entry was posted in Uncategorized. Bookmark the permalink.
Modified on June 11, 2018
Posted on April 11, 2018