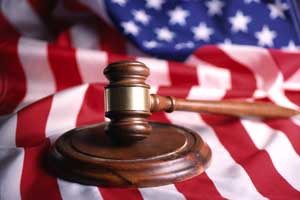 USCIB Senior Advisor Timothy Deal participated in a panel discussion on November 10 organized by the DC Bar Association in Washington on “Whither the Alien Tort Statute?”

The ATS, adopted in 1789, gives federal courts civil jurisdiction over non-U.S. citizens for acts in violation of “the law of nations” or a U.S. treaty, such as piracy or attacks on ambassadors.  Since 1980, a number of suits brought by foreign plaintiffs against foreign governments and multinational corporations have stretched the interpretation of the statute and the meaning of “the law of nations” to include human rights abuses and anti-union violence, among other things.

The meeting followed a recent ruling by a U.S. Second Circuit panel in Kiobel v. Royal Dutch Petroleum that the ATS gives U.S. courts jurisdictions over alleged violations of international law by individuals, but not by corporations.  Joining Mr. Deal on the panel were: John Bellinger, a partner at Arnold & Porter and the former State Department legal advisor; Terry Collingsworth, a partner at Conrad & Scherer; and Professor Ralph Steinhardt of the George Washington University Law Center.  Professor Edward Swaine, also from the GWU Law Center, moderated the discussion.

In his prepared remarks, Mr. Deal outlined continued U.S. business community concerns over the proliferation of ATS lawsuits, which principally target U.S. multinationals.  According to Mr. Deal, a major problem with the legislation is that global companies often “find themselves entangled in litigation brought by non-U.S. plaintiffs alleging wrongs committed outside the U.S., not by companies, but by the plaintiffs’ own government or agents of those governments, over which they have no control.”  He noted that ATS suits increase the risk, uncertainty, and cost of overseas operations and investments.  They can also “expose American companies to costly and protracted smear campaigns.”

While the panelists debated the pros and cons of ATS litigation from varying points of view, all agreed that the Second Circuit’s decision could ultimately reach the U.S. Supreme Court, given the importance of the issues addressed and differing views among lower courts throughout the nation about the appropriateness of ATS lawsuits against corporations.

This entry was posted in Business In Society, News Stories and tagged Corporate Responsibility and Labor Affairs, Trade and Investment.
Posted on November 12, 2010