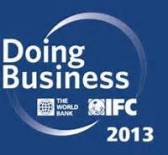 As we reported last month, governments and interest groups that are highly critical of the World Bank’s annual “Doing Business” report and ranking launched a broad attack on the program under the guise of a review. In response, USCIB joined with the International Chamber of Commerce (ICC) and International Organization of Employers
(IOE) to urge the Bank to maintain the integrity and rigor of the report. These efforts appear to have paid off.

Last week, World Bank President Jim Yong Kim issued a statement in response to an independent review panel’s assessment of the Doing Business report, essentially upholding the report’s methodology and ranking while committing the Bank to work toward its improvement going forward.

“The World Bank Group’s work on business climate development, including the Doing Business report, is core to our mission of ending poverty, and in fact we expect it to grow. Our client countries are demanding it, because there is broad consensus about the need for jobs to eliminate poverty and boost growth. We are committed to this work.

“It is indisputable that Doing Business has been an important catalyst in driving reforms around the world. The Panel has made valuable suggestions for how to enhance the report, which merit consideration. Going forward, I will be pushing World Bank Group staff to focus their efforts on improving all aspects of Doing Business, including its data, methodology, and rankings. I am committed to the Doing Business report, and rankings have been part of its success.”

USCIB will continue to monitor the evolution of the Doing Business report, which we regard as a uniquely valuable catalyst for market-oriented reform, private investment, economic growth and job creation around the world.

This entry was posted in Business In Society, Growth, Jobs and Open Markets, News Stories and tagged Corporate Responsibility and Labor Affairs, Trade and Investment.
Posted on June 13, 2013