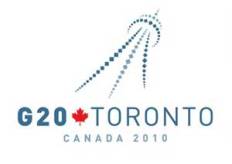 Paris and New York, June 23, 2010 – In the wake of one of the most challenging years in business history, the International Chamber of Commerce (ICC) has called on G8 and G20 leaders meeting in Toronto this week to take action in three areas that are crucial to the future of the world economy: international trade and investment; climate change and energy; and intellectual property and innovation.

The ICC recommendations include prioritizing the restoration of trade finance levels, resisting protectionism, concluding the Doha Trade Round of trade negotiations before the end of the year, a list of specific steps to be taken for effective action on climate change, and upholding commitments to curb counterfeiting and piracy.

ICC is the largest, most representative business organization in the world, providing global business views to the G8 and G20.  Its thousands of member companies in over 140 countries have interests spanning every sector of private enterprise.  The United States Council for International Business (USCIB), based in New York, serves as ICC’s American national committee.

The London G20 Summit in 2009 pinpointed international trade as an engine of economic growth. The current ICC statement cautions leaders that lurching into economic nationalism would seriously dislocate commercial activity and have far-reaching negative effects across supply chains worldwide.

World trade, which contracted by 12.2 percent in 2009, is forecast to rebound by 9.5 percent in 2010 if oil prices, major currencies and financial markets remain relatively stable.

“The multilateral trading system has again proven its worth during the worst economic crisis since the Great Depression of the 1930s,” said ICC Chairman Victor K. Fung. “But we call on world leaders to avoid protectionist measures that would be detrimental to the still fragile economic recovery.”

Given the present state of the world economy, ICC warrants that completion of the Doha Round of trade negotiations is more pressing than ever before. Expressing disappointment at the lack of progress in the negotiations, the ICC statement appeals for decisive leadership to bring the Round to a successful conclusion before the end of the year.

“A deal this year would send a strongly positive signal – just when it is direly needed – that governments can work together effectively to reinforce and update a central pillar of the international economic system,” ICC said. “There are many hard-won, trade- and wealth-creating offers already on the table. These must not be lost.”

In a call for continued efforts to restore trade finance to more normal levels, the ICC statement draws attention to a recent ICC survey that reveals prospects for strong and lasting trade recovery are mixed. Despite some positive signals, ICC notes that access to affordable trade finance remains constrained with small- and medium-sized enterprises facing the biggest obstacles.

“ICC believes it important to further enlarge multilateral trade finance programs in order to expand both capacity and coverage, especially for low-income and export-dependent countries,” the statement said. “At the same time, national programs should be reinforced to guarantee the flow of trade in times of economic stress and to provide refinancing options – in particular through export credit agencies.

Emphasizing synergies between comprehensive global action on climate change and multilateral rules-based trade, ICC states that economic growth and open trade provide the best conditions for the dissemination of climate-friendly technologies. ICC maintains that while the Copenhagen Accord reached at the United Nations climate change summit in 2009 was an important step forward, it did not give business the clear signals it sought to unleash investment and deployment of cleaner technologies required to combat the problem. ICC noted however that the Accord can provide direction for important next steps if it can be translated into efficient and effective action.

“Despite the absence today of a post-2012 global framework agreement, companies worldwide will maintain their already substantial efforts to reduce greenhouse gas emissions, the ICC statement said. “The private sector is the most important innovator and investor in clean technologies but can do more if provided with clarity, predictability and flexibility through a global framework agreement.”

Leaving virtually no industry sector untouched, counterfeiting and copyright piracy has become a global epidemic, depriving governments of tax revenues, endangering the lives of consumers and undermining their confidence.

According to a new study by Frontier Economics, commissioned by ICC, counterfeiting and piracy cost G20 governments more than €100 billion a year in lost tax revenues and place 2.5 million legitimate jobs at risk.

ICC calls upon the G8 and G20 to commit their countries to introduce and effectively enforce sanctions that are real deterrents to intellectual property crimes.

Referring to ICC’s Business Action to Stop Counterfeiting and Piracy initiative, the statement concludes: “[ICC] stands ready to assist governments the world over in the elaboration and implementation of effective anti-counterfeiting and piracy programs at national level, and to advise them on improving cross-border cooperation.”

USCIB promotes international engagement and prudent regulation in support of open markets, competitiveness and innovation, sustainable development and corporate responsibility.  Its members include top U.S.-based global companies and professional services firms from every sector of the economy, and with operations in every region of the world.  With a unique global network encompassing leading international business organizations, including ICC, USCIB provides business views to policy makers and regulatory authorities worldwide, and works to facilitate international trade and investment.  More information is available at www.uscib.org.