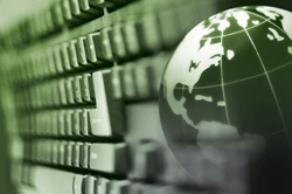 Government officials, business leaders and members of civil society and the technical community assembled in Geneva from June 10 to 13 for the stock-taking meeting of the World Summit of the Information Society (WSIS) to review decade-long progress on promoting the use of Information and Communications Technologies (ICTs) as engines of economic and social development.

USCIB’s Barbara Wanner, vice president of ICT policy, attended the event as a representative of private-sector interests in WSIS’s efforts to maintain a multistakeholder model for Internet governance and to bridge the digital divide between developed and developing countries.

“The WSIS review process provides a unique opportunity to share and evaluate local and national initiatives that advance the Information Society, putting in place actions to improve and replicate those initiatives,” explained Jean-Guy Carrier, secretary general of the International Chamber of Commerce (ICC). “It offers a valuable forum for reviewing progress made across the past decade in implementing outcomes from those initial meetings in Geneva and Tunis.”

Coordinated by the International Telecommunications Union (ITU) and co-organized by UNESCO, UNCTAD and UNDP, the summit convened high-ranking officials who endorsed a proposal that presents a vision of bridging the digital divide by unleashing ICTs as engines of development. Hamadoun Toure, secretary general of ITU, said the proposal was developed in an open process than involved the participation of all stakeholder groups, including business.

A recurring theme throughout the discussions was that a multistakeholder model is the best way to address Internet governance. Daniel Sepulveda, deputy assistant secretary of state for international communications and information policy, captured this sentiment in his remarks: “No one country, no one institution, no one stakeholder can succeed alone. We will have to fulfill the WSIS goals together, acknowledging our success to date and overcoming remaining challenges together.”

Controversy Over Freedom of Speech

Participants hit an impasse regarding an important element of the WSIS document that addressed the role of ICTs in promoting freedom of the press.  A coalition led by the UK, which included the United States, Sweden, ICC-BASIS (Business Action to Support the Information Society), Cisco and Microsoft, promoted language that affirmed that: (1) the principles of freedom of expression and the free flow of information, ideas, and knowledge are essential for the knowledge society and economic development; (2) the same rights that people have offline must also be protected online, including the right to privacy; and (3) the safety of all journalists, media workers, bloggers and their sources must be assured.

Iran, Cuba and Saudi Arabia strongly opposed this language, leading to an impasse. But in an eleventh-hour effort to salvage a consensus on the document, UNESCO offered a compromise: the UNESCO proposal eliminated language extending protections to bloggers and sources, but continued to ground the right of freedom of expression in the Universal Declaration of Human Rights and the International Covenant on Civil and Political Rights.

In spite of this and other disagreements, and thanks to appeals made by Toure and Multistakeholder Preparatory Platform (MPP) Chair Vladimir Minkin, all participants eventually endorsed the WSIS post-2015 Vision Statement, which incorporated the UNESCO compromise. The final outcome reflects a consensus among stakeholders throughout the world on the importance of the WSIS Action Lines in catalyzing economic development through ICT, according to Wanner.

Nevertheless, some WSIS participants remain concerned that certain countries may seize on the disagreements that emerged during the MPP process and the eleventh-hour manner in which the final agreement was reached as demonstrating the limits of the multistakeholder model. It is possible these critics will further argue that such discord warrants greater governmental oversight of Internet governance.

“It will be ever-more important to continue to actively engage in initiatives and outreach aimed at building bridges with developing countries that fortify support for the multistakeholder model of Internet governance,” Wanner said.

USCIB’s comments have been cited in a document released by the Internet Corporation for Assigned Names and Numbers (ICANN) regarding the transition of Internet stewardship from the Internet Assigned Numbers Authority (IANA) to the global mulitstakeholder community.

USCIB’s comments appear to have helped shape the decision to expand representation of business and other stakeholder groups in the IANA Transition Coordination Committee, according to Barbara Wanner, vice president of ICT policy.

ICC-BASIS (International Chamber of Commerce – Business Action to Support the Information Society) was assigned a seat on the coordination committee to serve as a representative of the larger business community.

Read ICANN’s “Process to Develop Proposal and Next Steps.”

This entry was posted in Competitiveness and Innovation and tagged Information Communications and Technology.
Modified on January 22, 2015
Posted on June 12, 2014